Check Our Reviews
Get A Free Quote
Facebook-f Twitter

Rats/Mouse pest control in your house are an important issue, not a joking subject. These types of rats carry illnesses and can damage your house. Feral rats and mice are adaptable people wellness pests. They’re not unsettled eaters and can make themselves in your house in homes, storage sheds, garages and home gardens. As well as creating uncomfortable smells and damage to home and property, feral rats also can create a danger to human health and wellness.

Some Common Type of Rates in Sydney Australia

Black rats are available in coastal cities and in lots of downtown areas all over Australia.

The black rat is usually in between 16-24cm long, having a tail much longer than the head and entire body. It grows up to between 150-200g in body weight. They have a pointed nose, big ears, and a slim physical structure.

Dark rats produce 5-10 younger for each litter and also have around 3-6 litters per year. The pregnancy period is about 3 weeks. It takes only 12-16 weeks from delivery for them to get to sex maturation.

Brown rats normally choose ground residing and burrowing, but sometimes they may be seen to climb.

The brown rat is usually around 40 cm long, with a tail smaller than the head and entire body. This grows up to around 350-500g in body weight. It’s a blunt nose, smaller ear and a thicker body in comparison with the Black Rat (Rattus rattus).

Rats have 7-8 younger every litter and among 3-6 litters per year. The pregnancy time is about 3 days. It takes only 10-12 weeks from birth to attaining sex maturation.

Preferred foods are cereals, though they’re omnivorous. They’ll take close to 30g of foods per day and consume 60ml.

The Norway rat generally is known as the street or sewer rat is regarded as of Asian origin, coming in the U. S. on ships from some other states in the 1700s. Nowadays, Norwegian rats are found around the world. Norway rats have pretty bad eyesight and are colorblind. Regardless of this, some other senses, like listening to, odor, feel and tastes are keen. While not very agile, they can handle running, climbing, jumping as well as swimming. Norway rats are generally known to damage houses and properties through their gnawing.

There are 2 ways these unwanted pests can be handled: chemical and non-Toxic technique.

The chemical process requires baits and techniques of bait types, managing, and place for effective effect.

Mechanical equipment, to trap these types of unwanted pests

Regular home inspections by a Pests Control Professional, to determine the perfect control technique for you.

WHERE YOU CAN FIND THEM

Rats and mice will shelter and nest in places such as homes, sheds, garages and gardens.Mice and rats are going to shelter and nesting in areas like houses, storage sheds, garages, and home gardens, especially: in wall space, ceilings and underfloor surfaces, behind and under cabinets or bathtubs, behind the box, equipment, and household furniture, in garbage heaps, wooden piles, thick plants, pet enclosures, papers or cloth, in holes under houses. To identify their infestation you need find rat or mouse drooping on following area:

HOW TO PREVENT RAT/MOUSE ?

Observe our rat top ideas under on useful techniques to help to prevent rat trouble in your home.

Keep foods in metal or glass pots with tight-fitting covers.

Clean up indoors and around the backyard garden – less clutter means reduced locations to hide.

Put outside rubbish bags in metallic garbage beers with safely fitted covers to prevent all of them from feeding on contents.

Clean up pet foods and bird seeds debris, as well as keep pet foods in robust pots with fitted covers – preferably above walkout.

Always keep home gardens free from the rubble and maintain clutter to a minimal.

For those who have compost heap don’t consist of natural foods waste, because this can bring in them.

For those who have already noticed indicators of rats, like droppings, protection may already be very late.

We’d tell you to act rapidly to get rid of rats and stop a bigger infestation developing.

B2B pest controls are offering a range of solution for rat/mouse control. Thanks to IPM solution system for not only eradicating them from your property but also prevent them to coming back.

Tips! Rats can be discouraged and controlled simply by denying them food and shelter.

Very reliable and efficient service. I have received their service twice in two years, you can really rely on them. Mr Arif was very professional and knows what he is doing. They offer very competitive price. 100% satisfied and I would recommend them to anyone out there having problems with PEST. I would recommend B2B Pest Control to anyone. 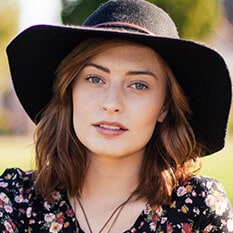 Margaret Hersh
I was very pleased with the service I received. The technician arrived on time and well prepared. Not only was he professional and knowledgeable, but also courteous and friendly. He was patient and understanding everything. I feel confident that my pest problem has be resolved and I can rest easy now. I would recommend B2B Pest Control to anyone. 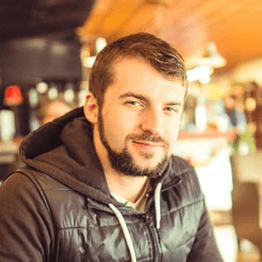